This is the second downtown St. Petersburg office building the joint venture has renovated and brought to 100% occupancy.  The nearby Morgan Stanley Tower just reached 100% occupancy. The 17-story, 190,000 square foot office building was 65% occupied just two years ago when a joint venture consisting of affiliates of Feldman Equities, Tower Realty Partners and Second City Capital Partner acquired the building.

“We’ve had incredible success in the Downtown St. Petersburg market,” commented co-owner Larry Feldman, CEO of Feldman Equities whose company’s focus has been on purchasing underperforming assets and increasing value through renovation and building upgrades while using their lower cost basis to implement an aggressively priced leasing program. “Of course one of the most important amenities has been built into the deal – the incredible downtown St. Petersburg location, continued Feldman. “St. Pete has one of the largest urban waterfronts, a truly walkable downtown with 7 museums, over 45 restaurants, a theater for the performing arts, a major league baseball stadium, soccer stadium and nearly a dozen marinas.”

A third acquisition, First Central Tower is currently under renovation with over three full floor deals executed since its acquisition just a year ago – including Twinlabs’ relocation from New York. Redevelopment plans for First Central Tower include an extensive Gensler designed lobby renovation, upgraded tenant floor elevator lobbies, tenant corridors and restrooms.  In addition, ownership is nearing completion of an amenity package which will include a new concierge desk, a state-of-the-art luxury fitness center and conference center. In keeping with current office space trends towards hip, high-tech spaces, space has also been allocated to a tenant lounge area with a 24/7 “chill zone” with the look and feel of a first class airport lounge.  The lounge area will include soft seating, large flat screen TVs, iPad chairs and free WIFI. In addition, renovations will include a completely new modern elevator system, new elevator cabs and an upgrade to the air conditioning system. The parking garage will be upgraded with upgraded lighting, paint and graphics.

Special Thanks to Don for the Renewal at City Center

From company transparency to unlimited vacation, read about what makes them unique.

Squaremouth Co-founder and CEO, Chris Harvey, sat down with the Business Observer to talk about the history and culture at Squaremouth.  Squaremouth has really cool offices on the 12th floor. No wonder it is one of the Coolest Places to Work!

Squaremouth Inc., a leading comparison website for travel insurance, relocated their headquarters to City Center in 2011.  “After an extensive search of downtown St Petersburg, we chose City Center for the incredible office space and the service we received from the landlord,” stated Chris Harvey, Chief Executive of Squaremouth.  “The architect understood exactly what we wanted to achieve .”  Mobile workspaces and glass walls encourage employee collaboration and fosters a passion for both Squaremouth and their customers. 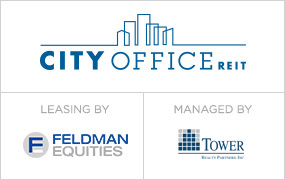